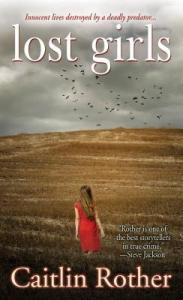 The lost girls were Chelsea King and Amber Dubois, they were good girls and they disappeared one year apart. Both were abducted by John Albert Gardner, who raped and killed them. Like many such predators, he had a normal sex-life with his girlfriend, even fathering twins with a former girlfriend. He also had violent urges that lead him to seek out vulnerable women.

The victim’s family did not cooperate with this book, all information about them is from public records and interviews with people (friends, schoolmates) close to the victim. This story is told from the perspective of the perpetrator’s family, it must be hard to be related to a criminal like this. His mother and girlfriend and ex-girlfriends appear to be in denial and were also blaming others, hospitals for not treating him and the mental health community in general.

Even though he was mentally ill, he knew what he was doing was wrong, he waited until his victims were alone before grabbing them and disposed of evidence afterward, burying their bodies and throwing their clothes away. Caitlin Rother brings all this out in her book, which is well-written, informative and interesting. I recommend this book.

Comments Off on Lost Girls by Caitlin Rother